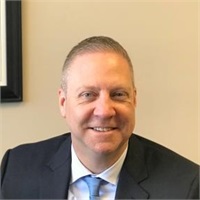 T. Eric Reich is President and founder of Reich Asset Management, LLC. Eric is a registered representative with Kestra Investment Services, LLC and an Investment Advisor Representative with Kestra Advisory Services, LLC. He relies on his more than 20 years of experience and his "Enjoyable Retirement Solution" to help retirees have an enjoyable retirement by addressing their 5 biggest concerns: maximizing retirement income, reducing risk, reducing taxes, outliving savings and leaving a legacy to heirs. Successful individuals and families work with Eric to:

Eric is a graduate of the Richard Stockton College where he earned a Bachelor of Arts in Business Management. He has since become a Certified Financial Planner™ professional, obtained his Certified Investment Management Analyst® (CIMA®) and earned his Chartered Life Underwriter® (CLU®) and Chartered Financial Consultant® (ChFC®) designations. 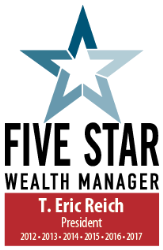 Eric has a passion for volunteerism and believes in giving back to the community. He is past President of Stockton's Alumni Association and former member of the Foundation Board of Directors. He also served as co-chairman of the Cape May County Chamber of Commerce Small Business Development Committee.  Currently, Eric is past Chairman and current board member of Big Brothers Big Sisters of Atlantic and Cape May Counties and was named 2016 Big Brother of the Year. He also volunteers as a Board member for the AtlantiCare Foundation and the Ocean City Regional Chamber of Commerce and serves on the Bishop McHugh Regional Catholic School Lay Advisory Board.

Eric has been quoted and featured in publications such as Kiplinger, CNN Money, MarketWatch and USA
Today. In addition, he’s appeared on several episodes of South Jersey Business with Joe Molineaux: Season 1. You can listen to Eric live every Monday and every second Wednesday on 1400 AM WOND, and you can read his weekly column “The Reich Report” in The Currents & Gazettes of Atlantic & Cape May Counties.

*For more information on the Five Star award and the research/selection methodology, go to www.fivestarprofessional.com.